Gayatri Chakravorty Spivak writes, ‘the body is free in the bindings of the world, or no place at all’. She reminds us that there is neither freedom from our bodily situations nor are our relational bodies fully determined by our social circumstances.

How, then, are some bodies still brought to bodily awareness through negative portrayals which can limit bodily movements? How might Iyengar yoga practice be a bodily practice of corporeal ethics that can assist becoming other and openness to specific others? Can a person’s Iyengar yoga practice undo some of the socially acquired bodily regulations?

The accumulation of socially learnt bodily habits assists our everyday movements. For Maurice Merleau-Ponty, they inform the appearance of spontaneity and support future movement possibilities, without having to consciously attend to our bodies and the processes involved in each movement. In other words, habitual bodily movements create a certain freedom from constraints that are sometimes associated with unfamiliar bodily expectations and allow alternative bodily capacities to emerge. Acquired habits though, when lived as repetitious bodily movements, can overtime also become lived as bodily restrictions.

The social attainment of habits also informs our sensory perception. Linda Alcoff writes about how perceptual habits participate in misrecognising ‘race’. For example, within Australia’s contemporary neoliberal political framework, some non-white bodies are configured as pathological. After The Little Children are Sacred Report (2006), many remote living First Nations Australian men were constituted as mostly abusers of women, children, alcohol, drugs and petrol. Remote communities became “social problems” and their members were seen as vulnerable, passive and/or pathological. The federal government’s response to this report, the implementation of the Northern Territory intervention in 2007 (and the 2012 ten-year extension), in part, operated as both a stultifying and affective address.

Franz Fanon describes a child’s alarmed cry, “see the Negro! I’m frightened!” as an affective gesture which reduced his humanity to racialised historical meanings attached to the colour of his skin. This type of interpretative address denies, situates and reproduces an idea of black bodies. In this way, social relations can impact upon bodily agency, bodily awareness and how a person feels about her or himself. As many community elders comment, they are ‘shamed’ at being told how to live and the generalised stigmatising portrayal of their communities as dysfunctional. This is an example of Emmanuel Levinas’ argument, that an other only emerges as other if their differences are not decided upon by what it is we think we know about others. As Luce Irigaray shows when discussing representations of woman, if sexual difference is grounded in hierarchical relations that measure the other through the self, there is no passage for the other – woman – to becoming a subject. There is though, always corporeal excess. These are the unrepresented affective bodily elements that expose the confines of representation. Similarly, remote living First Nations Australians have always been, and are always more than these limited and regulatory habitual modes of seeing. This highlights the tension between the perceptual and political processes of subjection and how bodies are lived.

To rethink relations with irreducible difference, Irigaray and Levinas’ accounts of corporeal ethics move away from Kantian ethics where the freedom of the subject who decides how to act and what actions are to be taken, are subjected to law. Here, ethics pivots on decision- making, calculation and judgements that regulate self-conscious subjects and are separate from sensory perception. Corporeal ethics emerges from sensible affective relations. Levinas locates an ethical encounter in an address posed by an other’s difference.

The possibility for ethics rests on the difficulty of having to respond to the irreducible difference of an other. Responsibility for an other’s difference, alterity, paves the way for an ability to act. ‘i’ come into being through my subjection to the unknowability of an other. in having to respond to this unknowability of the other, responsibility as ethics emerges.

Irigaray writes that ethical and political possibilities require an (im)possible and limited form of ‘recognition’ of the non-representational elements of sexual difference. It is this limit which can generate respect for two, woman and man, and potentially create specific modes of becoming and autonomy for woman and man, which has not yet been approached in thought and in our political economies.

Iyengar formulates practising attentive bodily awareness to learn from our bodies and to respond to their needs as a kind of ‘witnessing’ of body, in practice. He points out that in the process of learning yoga, attention to body contributes to becoming open to a more ‘mobile’ shifting bodily ‘centre’ specific to each posture. In concert with a focused practice, this potential for ‘settling into’a posture’s demands comes from a person’s bodily renegotiation of habitual capabilities. Openness to the otherness of ‘my’ body creates the potential for subtle bodily transformations that also challenge habits of thought. This attending to body by way of practising postural sequences, learning from teachers, props and ‘my’ body, also performs a ‘letting go’ of the self. In some more difficult postures, extensive use of props support each person’s particular bodily capacities so that the primacy of the self in practice can be passed over. In this Hatha yoga tradition to hold onto the self, to the familiar, becomes an explanation for why I cannot do a yoga posture that physically could become available. Such supports in Iyengar yoga practice function so as to enable openness to bodily shifts and assist with the possibility to alter habitual, perceptual and actual (as acquired) bodily constraints. 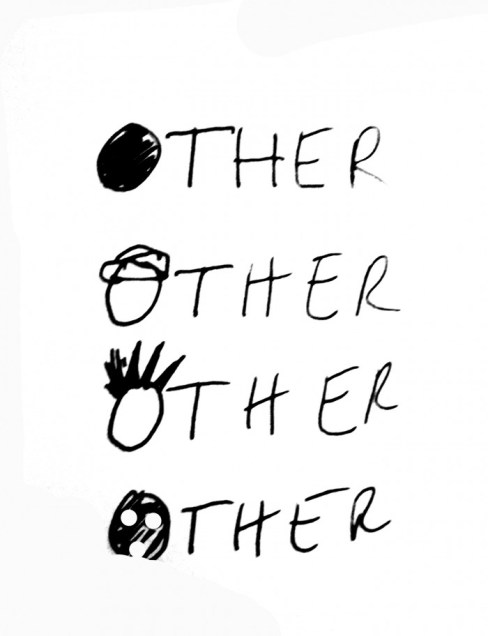 With practice, a body can learn to respond in another way, adapt and inhabit the demands of each Iyengar yoga pose. Rather than simply reproducing a static ground which is always resistant to bodily changes, this possibility for re-shaping bodily unities can occur with repetitious bodily practice and by encountering and negotiating the resistance to such changes. As openings towards becoming other, bodily responsiveness in a posture can both encourage subtle bodily extension and also interrupt this possibility. Despite striving to bring attention to my body in order to learn from its sensations, ‘my’ bodily responsiveness acts without my knowing. This is the productive limit, which exists in Iyengar yoga practice, between aiming to become aware of bodily opportunities for extension and being unable to comprehend the responsiveness that can break and assists a posture. Here, unknowable affective and non- intentional elements participate in activating a passage towards change. So while yoga practice is mediated by a plethora of conventions and could be a form of self- mastery, bodily responsiveness precedes and exceeds the structural limitations and the desires of a person practising yoga.

The body is free in the bindings of the world, or no place at all’. Openness to the otherness of ‘my’ body creates the potential for subtle bodily transformations that also challenge habits of thought.

If bodily practices participate in processes of self- formation, like that of Iyengar yoga simply remain in the service of the self, then this practice offers little opportunity to open toward specific others. Michel Foucault proposes that to instigate bodily practices as ‘self-cultivation’ or an ‘ethics of care’ potentially breaks with regulatory processes. Bodily possibilities that arise in practice can offer a way to ‘feel’ differently about living. This alteration in how a person feels potentially creates an impetus to live bodies in ways previously unimagined or seemingly unavailable. While this view cannot adequately account for relations with particular others, Foucault’s writing about self-crafting through bodily practices responds to the question of how a person is to act ethically. The risks associated with fashioning the self through a bodily practice are that it might become another disciplinary practice. This risk could be worth taking when for some people, to become aware of their bodies through social set of impositions means that living life itself is at stake.

Iyengar yoga practice can negotiate and resist potentially immobilising social forces, bodily. It offers the opportunity to alter our bodily capacities, our habitual ways of being, how we feel and therefore how we think. It can also provide another way to approach bodily awareness as an attention to body that passes over the hold of the ‘I’ in practice and explores openness to specific and irreducible others. This points towards an account of bodily ethics that configures other ways to act and live ‘our’ bodies that cannot be known prior to acting and practising them in another way. This could be to offer, in Irigaray’s words, a ‘chance for life’ not yet lived or, to paraphrase Foucault, ‘to build up and imagine what could be’. It is in these ways that a person’s Iyengar yoga practice has ethical possibilities and can enact political opportunities.

Rosalie Koonuth-Monk’s response to attempts to social construct her as a social problem. https://www.youtube.com/watch?v=vCYhO6yRWgU (Accessed August 25 2014)

Irigaray, Luce (1996) I Love to You. Sketch of a possible Felicity in History. Translated by Alison Martin. New York London: Routledge.

Levinas, Emmanuel (1991) Otherwise than Being: or Beyond Essence. Translated by Alphonso Lingis. The Hague, Boston: Martinus Nijhoff Publishers.

The Body as a Commodity

What happens to ‘art’ and ‘creativity’ when it is institutionalized, mechanized and potentially swallowed and used by the machine of capitalism? Or it is this a positive growth, an inflation, a step in the right direction?

DIARY ENTRIES: The Ethics of Intervention

According to Felix Guattari, ethics and aesthetics go hand in hand. Why ethics? Because individually, and together, we are responsible for the future. Why aesthetics? Because everything, even tradition, has to be continually reinvented. We have invited a variety of practitioners and artists to look at the notion of intervention—from body to body, through touch, for example, or between performer and audience—as it might relate to ethical questions.

Riyaaz as Ritual Connecting The Sacred and Profane in Kathak

Riyaaz emerges as a ritual, imperative in connecting the dancer’s everyday reality with the devotee’s ideal world.