Listen. This is the hardest part: we, the artists, spend weeks, months or years creating something, crafting it as carefully as we know how. We offer it to the audience and we are proud. Then a critic comes in. They spend an hour with our work and become the authority.

This never stops being difficult but it is also incredibly beautiful. To me, this transfer of power, this ultimate act of vulnerability and generosity, is what live performance is all about. It says that we are willing to start a conversation rather than end it. It says that we do not make art for ourselves but for those who step into our space for one night only. In that moment, as we offer up our art to strangers, the work becomes live.

The ethics of criticism are complicated by the notoriously fraught relationship between artists and critics. I believe this stems from the mortality of our work. Live art is defined by its demise yet artists continually seek tangible proof of the impact of their work. A visual artist can return to their collection a year after their reviewers and, with time, perspective and a sleep cycle that has returned to normal, be able to form their own objective assessment of both their work and the dialogue that surrounded it. When all that remains is a critic’s condemnation, it can be difficult to hold onto your own understanding of your art. Making art makes us vulnerable and that is fine, we have the right to feel wronged. But do we have the right to demand silence? Do we have the right to request that a critic respond in a particular way?

The ethics of criticism is a two-way exchange between artists and critics that must take into account the rights of the audience to know what they are paying for.

What we expect from our critics depends very much on what we believe the role of the critic to be. If we believe it to be ‘pull quotes in exchange for free tickets’, we are setting ourselves up for disappointment and truncating a potentially valuable cultural exchange.

If instead we look to a critic to continue a conversation that the artist began – to provide historical documentation of the work; to meet our art with the same intellectual rigour with which we created it; to provide a point of communication between artists and audience – we will be empowered to engage in a critical dialogue. We will also hold our critics up to a higher standard.

Personally, I want a lack of bias and writing that does not come from a place of anger. I want them to avoid cruelty. I want them to be in touch with the artistic landscape and I want them to love art, specifically the genre they are reviewing. I expect them to think hard and intellectually examine their emotive response at every 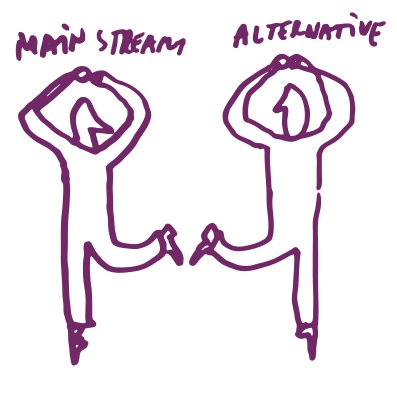 turn. I do not want them to apologise for their opinions and I do want them to hold me to as high a standard as I hold them. I want us both to acknowledge that no single voice can declare a work a ‘success’ or ‘failure’, for to attempt to categorise performance in such a way undermines the fundamental purpose of art; as a nuanced, emotive response to and provocation for the world it issues from.

Yet, writing such a list of requirements makes me feel like the Banks children in Mary Poppins singing what they want in a nanny with all the earnestness and naivety of youth. I write this knowing that I will, throughout my career, have my work critiqued by many, many people who will not live up to these expectations. I have been reviewed by people who consider themselves gatekeepers, surveyors of quality or purveyor of witty, sniping jokes at the artist’s expense. I have also been reviewed by a real estate writer, who notoriously (but accurately), wrote of one of my plays “the actor relies on her face and voice to express emotion.” (The Advertiser, 2013). Of course, this is frustrating, but I accept these reviews as part of the cultural noise surrounding art. Frequently, such reviews can provide a starting point for further dialogue with my audience and the more conversations I can have, the better.

In January, the artistic director of Opera Australia, Lyndon Terracini, culled dissenting critics from the company’s invite list. This is not a new strategy. Many critics have told me of writing a negative review of a company and then “not being invited back until the leadership changed”. What is newsworthy is not Terracini’s actions but his position as a cultural leader, for as head of the most subsidised performing arts company in the country, he surely bears that title. What does it say about the state of our culture if the message coming down from such a leader is that questioning his artistic decisions is not allowed?

I do not believe that we have the right to silence our critics but, more importantly, I do not know why we would want to have such a right. ‘Culture’ is not art; it is an artistically engaged community and arts writing, dissent and argument are crucial components in this. A critic is a part of your audience and attempting to silence them is symptomatic of disengagement with and disinterest in your audience’s voice. I fear the long- term impact that such disengagement would have on Australia’s cultural landscape.

An Ethics of Touch

Standard art criticism is not very helpful in elucidating this interaction between paper and place, between representation and presence, between a single work of art and a roaring mass of bodies, because it is beholden to literature – in particular, a nineteenth-century concept of literature as a solitary, individual activity.

Riyaaz as Ritual Connecting The Sacred and Profane in Kathak

Riyaaz emerges as a ritual, imperative in connecting the dancer’s everyday reality with the devotee’s ideal world.

To what extent can dance/performance/ theatre be considered a form of ritual today?