In my early 20’s, I was surrounded by a bunch of DIY artists, queers and punks who together built alternative worlds in spite of mainstream values and capitalist economies. We carved out our own spaces building temporary utopias; they were improvised, precarious and stuck together with gaff, but they worked. We occupied warehouses, rehearsed in parks, recycled food, built our own stages, made costumes out of trash, begged, borrowed and stole stuff. In short, we were resourceful, entrepreneurs of a type. We turned shit into gold or spray painted stuff gold anyway. We produced culture, we had lots of fun and we were in charge. You didn’t have to pay to get in, you could bring your own drinks, it was vibrant and exciting because there was a sense of urgency and resurgence about these times, this needed to happen because we existed and there was nowhere else for us to go.

As a child, this is normal. You make cubby houses out of blankets, pretend that your picture books constitute a library, build castles out of sand. Use your imagination. Choose your own adventure. 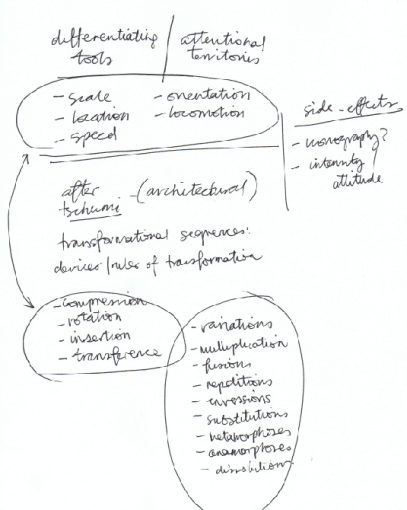 When I came back to Australia after living in Amsterdam for a few years in the centre of these alternative spaces and on the edge of the dance scene, I was ready to work as a choreographer to realise the solo work that had been growing inside me for many years. I had very little to work with, no track record, the worst supporting documentation ever, limited access to space and few resources. But I had a sense of urgency and I believed that the body was a medium so full of potential that it was possible to make something meaningful with very little.

I’m often surprised by how much young makers think they need in order to create work. The justification for these requirements is usually commitment to an artistic vision, but I sometimes wonder how sustainable these visions are? Do you wish to perform your work only once? Do you need lots of dancers, loads of lighting changes, a fancy set and elaborate costumes? Do you need a big grant or to launch another fucking Pozible campaign to make it happen? What do you really need?
The answer is always less. Sustainability is not just a catchword, it’s a fucking necessity.

Choreographically speaking my commitment to minimalism is about multiplicity; that is, I do less so that more might happen. The question I have asked most often for the past few years is “How little can I do?”. This question has sustained three works: Thousands, Cannibal and Intermission that constitute the TRILOGY series.

I am currently remounting Cannibal after not having performed it since its premiere season in Sydney in February 2011. Somehow, I had constructed a memory or perception of this work as being overly simple, naïve and in need of fleshing out. My experience in the studio these past weeks has been that the work is much more complex and detailed than I remembered, that what is required is the opposite: “Do less” and “Take more time than you think you need” are what I have been coming back to. What this illustrates is the deceptive nature of minimalism as well as the commitment or investment required in order to make it work. Minimalism requires an open mind. It takes time. While cycling across town recently, I had my iPod on shuffle and Cage’s 4’33” came on. Minimalism has the power to reframe reality. 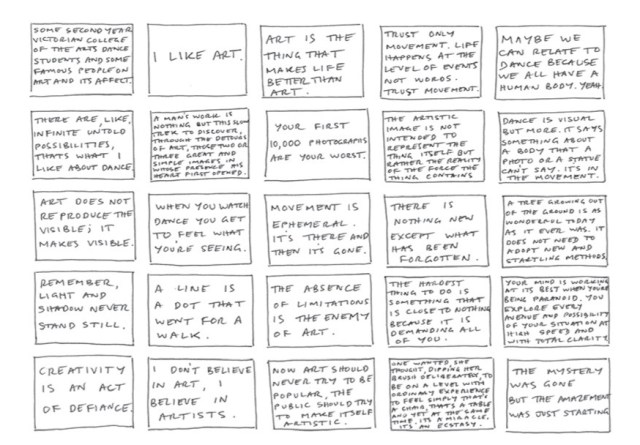