Dancers and cultural managers in India, oftentimes deploy two dominant notions of dance’s ontology, that widely circulate in performance practice and theory, while discussing issues concerning financial and infrastructural support for the performing arts. Either they celebrate dances as objects or instruments of cultural expression, or they eulogize the dance form’s ephemeral and intangible nature. I believe their rhetoric is unsuccessful in focusing on cumbersome conversations about the precarious lives of dancers. They also fail to acknowledge that a performance materializes through sustained physical, affective and relational labor of many people affiliated to the dance field—administrators, curators and technicians- who collaborate to make performance work.

State and neoliberal market entities in India, objectify (classical) dance by treating them as emblems of our country’s national cultural identity and corporate social responsibility. For instance, an ensemble of dancers inaugurated the 2010 Commonwealth Games Opening Ceremony in New Delhi by performing a medley of eight classical dances to showcase India’s diverse regional cultural expressions, to their international audience. In the postcolonial Indian context, the money issue in performing arts has been largely related to the cultural politics of the nation-state. Classical, folk and tribal dance are institutionally recognized and financially supported through meagre funds disbursed by state-affiliated performing arts bodies, such as Sangeet Natak Akademi. These dance genres receive recognition and currency because they, presumably, constitute postcolonial nationalist parables of unity in diversity. Before the liberalization of the Indian economy in the early 1990s, government representatives feared the vulgarization of art-making practices if the market were to become in-charge of the preservation, production and dissemination of performing arts. With the neoliberalization of economic and cultural policies, however, the state and central governments now collude with corporates in order to mobilize the income-generating potential of the performing arts, drawing them up as commodities to be sold, bought and consumed. What seems to be missing from discussions about the political economy of Indian dance is a genuine concern for the precarious lives dancers, especially contemporary choreographers who struggle to make a decent living from their creative works in Indian cities predominantly interested in preserving and promoting their rich legacy of classical dances.

While classical dance has conventionally served as an emblem of the Indian nation, contemporary dance is emerging as a vital arena of practice in India. Dancers use inventive movement vocabularies to produce interdisciplinary, intercultural, and intermedial choreographies that evolve at the intersection of Indian classical dance, Indian martial arts, and indigenous body-based practices like yoga, as well as theatrical devices (voice, song, script), Western movement forms (modern, postmodern, jazz, hip-hop), and new media (Katrak 2011). Dance scholar, Ketu Katrak notes that as much of the work by contemporary Indian choreographers since the 1980s has included a reconstruction of traditional modalities of representation, and a deconstruction of cultural, national, and gender stereotypes in India, they have received scarce institutional support. The lack of professional opportunities and infrastructure for contemporary dance in the Indian landscape, marginalizes the form, threatens its spirit of experimentation, and impedes diverse artistic voices in the world of Indian dance to emerge fearlessly.

An ethos of experimentation underscores contemporary dance in India. Choreographers formally experiment with dance—they are invested in interdisplinarity, interculturalism, and intermedial experiment, to reinvent classical ideals of the body in performance. In response to the glaring absence of state support and recognition, contemporary choreographers are also propelled to experiment with different modalities of monetary and infrastructural aid. For instance, international embassies, Goethe Institut, Max Mueller Bhavan and Royal Norwegian Embassy willingly prioritize and fund the work of many independent choreographers from New Delhi.

The ‘independent’ tag used to describe the autonomous subjectivity of contemporary choreographers can only go so far, because to create experimental and innovative dance works, they depend on financial and social infrastructures too.

Performance studies scholar, Shannon Jackson examines the relations between sociality and the work of performance in her book, Social Works: performing art, supporting publics (2011). According to Jackson, a performer’s process of creating work, her engagement with interdisplinarity, and the production of a performance event, are the result of the persistent and systematized work of administrators, curators, people belonging to other art genres, and so on. Contemporary dancers in India, as I’d mentioned before, receive support from international financial agencies, and depend on a diverse crew of light and sound technicians to produce their performances. A large network of people including local and foreign dance colleagues and curators ensure that dancers’ choreographies don’t have short shelf lives by enabling the global circulation of their works in international dance biennales and residencies. By acknowledging the sociality of performance works, contemporary Indian dancers can renounce their freewheeling aspirations for artistic autonomy that colludes with neoliberalism’s project of systemic independence, compelling people in becoming free agents in charge of their own well-being and precarious lives. Dancers and cultural managers, therefore, must frame the community-based vitality of the performing arts in advocating for financial and infrastructural support to create a sustainable environment for the development of contemporary dance practice in India. 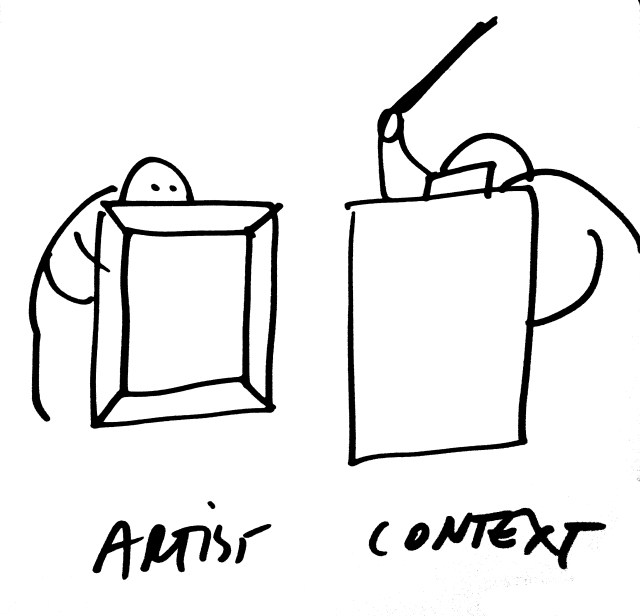 Percolating an Idea of a Project on Dance, Labour and Economics

It was the exchange of their physical prowess as dancers with different training that interested me, from the pedagogical approaches of both dancers to the notion of economic exchange. How are these dancers repositories of body disciplines that contribute to their economic sustainability, and how might this lead to the exchange of different body disciplines as an exchange of information or knowledge that could be traded or circulated, perhaps as a form of capital?