The aim of my recent book Artist at Work, Proximity of Art and Capitalism, is to draw on the relationship between art and work, as well as on reflections on the characteristics of artistic labour, in order to show how art approaches capitalism and at the same time resists the capitalist appropriation of human power and creation. The contemporary relationship between art and work is closely connected to the relationship between work and life as well as the ways that life (subjectivity, sociality, temporality, movement) has been entering the core of contemporary production. From this perspective, I’m developing some disobedient arguments at the end of my book, which should indicate the possibilities of an affirmation of art and its public place today. I would like to show that these arguments need to be disobediently rethought so that the artist’s work can withstand the exploitation of the creative power and, at the same time, reveal itself as a potentiality of the common – so that the work of the artist may open up the lives of everyone, not only to those who work. Here I would present one of the arguments, which is an argument for senseless spending, reacting against the economic argumentation of art.

It is very common today, especially in the difficult negotiations with founders and politicians, to use the economic argument for the usefulness of art that goes approximately like this: it is bad not to support art because art also produces economic value.[i] This concerns argumentation about the value of art, which goes hand in hand with the value of artistic work (both in the sense of works created by artists and works performed by them). Many active participants in the arts nowadays, who fight political pressure and radical financial cuts to subsidies and support for the arts on various fronts, articulate common interest as economic value; oftentimes, part of the arguments in favour of the arts is the fact that they form an important part of the contemporary economy and the creative industries, generating important economic value. Although it is wise to use the language of one’s opponent in political argumentation, this argument is actually false and does not affirm the value of artistic activity as such: the arts do not have an economic value because one cannot speculate on the value of what is to come.

The proposals for common being, which are articulated regardless of the existing power relations, can never be evaluated. If art really needs to be affirmed through the language of economics, it needs to be pointed out that art is not connected to the economy of the production of value but is much closer to aimless spending – to giving gifts without expecting a return. This is discussed by Robert Pfaller, who argues that the basic trait of the economy of art is actually lavish consumption.[ii] Pfaller states that this understanding is closer to Bataille’s notion of consumption and points out something important when we think about the relationship between art and economics – it is not only that art spends senselessly, as an enormous part of consumption is senseless in the contemporary capitalist economy as well, but the difference is that the senseless consumption in the arts is constantly visible. The fact that we openly embark on lavish senseless spending (and without any repayment at that) is the very power of art. According to Bataille, every society will generate surplus; the surplus will be spent or wasted, but societies differ in the way that this is done.[iii]

Therein lies the greatest difference compared to the present day. Today, we spend without noticing. Our consumption exists, but not on a grand scale abounding with pleasure. This is why today’s society destroys its surpluses through forms of unconscious pleasure that are actually neurotic and devoid of pleasure.[iv]

The economy of invisible spending places its impediments everywhere; according to Pfaller, this is also the case in the arts:

In this field, there are the impediments and consumption mechanisms of curating and intermediation, so that there are at least two curators and agents per artist nowadays. The rest of today’s artists, however, are hardly productive at all: within an artist’s work, actual artistic work only has a decreasing 10 per cent share in comparison to studying the market, self-marketing, public relations, branding, socializing etc.[v]

Therefore, the production of life and sociality are at the core of ways of working in the arts; these are the ways in which creative powers are capitalized and also in which impediments are placed upon their consumption and spending.

It is no good, however, to moralize over this kind of intermediation (in terms of art being destroyed by the various intermediators); it needs to be noted that constant spending and lavishing takes place in the intermediation and the economization of the arts in the production and market models of the arts. At the same time, this intermediation functions as an impediment to lavishness, it attempts to make this spending ‘meaningful’, in order to control the affective atmospheres and forces of spending. This also has a lot to do with the instability of value, which must be rendered rational and transparent, at least in appearance. 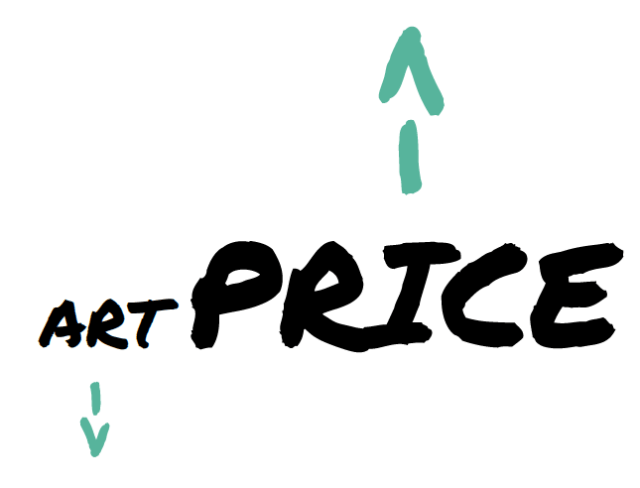 The contradiction of contemporary consumption can also be viewed along these lines: with today’s irrational, neurotic spending and a lavishness that radically alters and destroys nature, this consumption is utterly neurotic and destructive to life. In view of this, Pfaller claims,

Bataille’s objection to the advocates of efficiency would be entirely different. Bataille would not say: do give us some money so that the human side will not be completely extinguished in the process. But he would also not say: look, we can also be efficient from time to time and demonstrate the still invisible practicability of our undertakings.[vii]

When defending the ‘economic effects’ of art, the answer to the question of why art needs to be defended in the first place should be based neither on the metaphysical ‘humanist’ argument nor on pragmatic arguments in terms of its efficiency and economic profitability.

Lavish consumption resists the interpretation of art as something that defends the human essence in this time of raging capitalism, but also refuses to agree with a contemporary economic understanding of art as a part of the creative industries and the new development of mankind. These two interpretations are most frequent when art finds itself in the grip of financial strictness and under critical attacks. Public discussions attempt to shed light on the hidden essence of art (art civilizes, does something good etc.) or stress its usefulness (art gives rise to profit and value). Though according to Pfaller, Bataille’s response to the critical reproaches would be entirely different:

Let us talk openly. We have clearly not co-operated enough so far. This gives you a reason to limit us by means of various consumption mechanisms. However, as a test, simply give us the funds you now use for spin doctors, evaluation gendarmes, reform preachers, education agencies etc. and you will see: we will certainly use these sources down to the last cent, for cultural and cultural-theoretical expenses abounding in pleasure. Unlike now, we and you will be surrounded by the beautiful glamour of doing things on a grand scale.[viii]

This beautiful glamour is not only an aesthetic category but also the category of common pleasure arising from consumption. The affirming of art with the language of economics is therefore yet another false consequence of the ‘political’ pseudo-activity of art. A time might be coming when the most radical politicisation of art will be its detachment from any kind of economic value in order to reveal new affective and aesthetic articulations of the community.

We need to rethink the social and political values of art, which are connected to the perception, recognition and establishment of the various forms of the visibility of what we have and will have in common. At the same time, art is also closely connected to the new politics of temporality, which no longer participate in the endless production of the new and in training for the creative contexts with which it will be possible to prevail in the contemporary market of provocative and political artistic projects. In this sense, art has a lot to do with ‘doing things on a grand scale,’ and as Pfaller argues, this refers to the pleasure of life and creation when spending and creating – the pleasure felt when creating and gifting senselessly, in the endless lavishness and creation of a life in common.

This text is a slightly reworked excerpt from the book ‘Artist at Work, Proximity of Art and Capitalism’, published by Zero Books in 2015. Available at Dancehouse’s Little Book Store

[i] There needs to be a differentiation between economically successful artists who can generate an enormous fictitious value (one of the most famous examples today is Damien Hirst) and the remaining artistic production, which operates under completely different economic conditions. The dependence of the arts on financial speculation is not really part of my discussion since I am more interested in the wider and financially less successful artistic production (still subject to market principles, however), which is far from the speculative excesses of the art market. Nevertheless, such speculations do testify to a basic irrationality of value and confirm that art has very little to do with economic value – its value chiefly results from irrational expectations and investments. This is also the reason for the great number of intermediators, whose task is to constantly establish, check and contextualize the value of art.