In the last decades, the artistic sector proliferated ferociously in the western world. While there were 800 artists in New York in the 1950s, now there are 80,000. Many countries nowadays have more artists than soldiers. The army of artists is accompanied by an army of artist related administrators, organisers, programmers, curators, and critics.

Between the two wars, every middle class Catholic family locked one family member into the poverty of a monastery so that the others could be saved; now they save their souls with one family member locked into the precarity of the arts. “My son is a choreographer; he’s dancing in Bucharest tonight”, or: “My daughter is a filmmaker; she’s been invited to the video festival in Athens” – fantasies of belonging to the frontline of capital.

After having served capital as agents for gentrification in all big cities, artists serve capital as agents and explorers for colonising the rest of the world. Artists are the expression and incarnation of western values like free individualism. They carry these values inherently, transporting and transferring them almost innocently. They are missionaries of capital often disguised as its opponents. In this sense, they are representatives of capital’s perversity.

The times of Big Artists are over. One is famous nowadays for a maximum of three to five years and then replaced by other talent. Being an artist nowadays is less a profession than a lifestyle. The artist is master over his own time and space. This might look like paradise, yet artists occupy themselves continuously: seemingly free, barely paid, desperately writing applications – free and precarious. The artist manages his activities permanently, 24/7. He prefers to be mobile and values a good quality of life over high or stable earnings. What I describe here is what neoliberal semio-capitalistic economies foresee for their future workforce: everybody permanently on holiday but managing their work 24/7; all by themselves, but not without capital holding power over the profits. Instead of slaving for somebody else, many more people will become their own slaves. Artists seem to be the explorers, guinea pigs, and teasers for this new economy.

Artists are also decentralized factories that produce scarcity. Unique, rare models. Scarcity is the motor behind capital. It creates the desire to have rare things. Scarcity also promotes uniqueness. You are special when you have surrounded yourself with rare objects. Moreover, scarcity produces the rich. Capital needs inequality; it needs to celebrate the rich. The most successful ones are presented as heroes – not as the thieves or criminals that they are. The rich invest in art. They profit from its scarcity.

Fifty years from now, our grandchildren may look at these conditions of employment with the same disbelief with which we look upon slavery and serfdom. The times that gave rise to Sartre’s infamous formula “l’enfer c’est les autres” [hell is other people] are almost over. People are sharing more time, space, knowledge, and information. Some kind of rational altruism is slowly taking over: the belief that the welfare and well-being of others benefits your welfare and well-being; that your health is better when others are healthy too; that your education can be more productive when others are also well-educated; that your computer becomes more valuable when others also have one; and that your economy runs better when others can enter your market as well. But this sharing economy reduces the fear of the Other only by way of the knowledge that she or he is traceable and comes recommended.

The good news is that neoliberal capitalism is not the only economy we can operate within. There are more, one of which is even bigger: the money-free economy. We do a lot for free, without thinking about it or valorising it. We do it just because we do it and we think it is okay. In terms of quantities of exchange and time, this money-free economy is much larger than the money economy.

Think of two people: you and me. We are already enough to start with. We share as much as we feel like sharing. There are no obligations and there is no need to share equally. Gradually we share more, either by increasing the intensity of shared use or by adding more goods and services, more time and space. Gradually we allow more people to take part. We become 10; 100; 1,000; 10,000 and so forth.

Together we have more than we did alone. We will not be a time-bank: my hour working in your garden is your hour working on my dinner. No, no compensation scheme. That belongs to the old world, the one we are currently living in. Just share. It does not matter. No calculations, no negotiations: only unmitigated sharing. 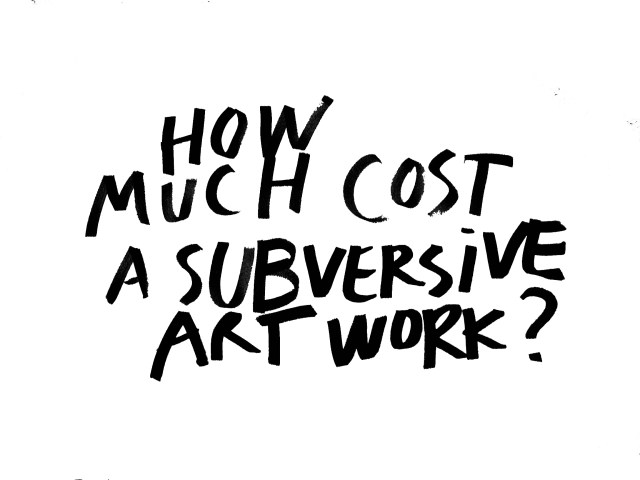