The mime artists who I was directing for the short film Mercury Stole My Fire (2005) performed in the Upstairs Studio of Dancehouse. I had met with Penny Baron and Nick Papas (Born in a Taxi) a few times beforehand to devise appropriate personaes and movements for a spare ten-minute script.

We reserved the space for rehearsing one day before the next day of filming — giving the cinematographer Janis Lesinskis practice in keeping up with them and developing appropriate angles for shooting their movements —. We left Dancehouse with 45 minutes of footage, later edited by Fiona O’Connell into a short film of just over 12 mins. That’s a good ratio of raw to edited footage (4:1) — the average doco maker works with 8:1— which highlighted the quality of the film team.

Mercury Stole My Fire took years to produce, all self-funded on a low-budget. Everyone else worked for minimal remuneration and — as the producer, writer, director and narrator — it actually cost me several thousands of dollars to complete. Nevertheless, it gained an Honourable Mention in the ‘Performance 10–30 minutes, on a theme of disability’ category at Canada’s 2006 International Picture This…Film Festival, held in Calgary (Alberta) 6–10 February, and a Merit Award at the XXVII Superfest International Disability Film Festival, in Berkeley, 2–3 June 2007, screening at international and Australian festivals including the London’s prestigious 8th International Disability Film Festival, 14–19 February 2008.

Like much art, Mercury Stole My Fire was made despite the market, not because of it; it was an acclaimed work that made no economic sense. Furthermore, the work exposed an environmental danger that the capitalist health industry preferred to ignore. How the short was produced and distributed was determined at every turn by capitalist barriers and discrete spaces of collective resistance.

Anti-capitalist resisters are driven by social and environmental values and relationships. Monetary values disrupt, counter and undermine such values and relationships. A capitalist economy is ineffective for and inefficient in expressing or fulfilling social and environmental values, such as health, well being and creativity. Money is a functionally divisive technique of production and exchange. Money operationalises classes of managers vs. the managed; those with more vs. those with less; cycles of boom and bust.

The development of monetary values is not about giving and taking in fair and sustainable ways, or meeting everyone’s basic needs and maintaining the ecological integrity of Earth. Monetary exchange is about haggling, competing and dominating using a quasi-objective measure based solely on current market-place activities.

Production for trade, production for monetary exchange, exists to maintain and expand private property at public expense. As a result, our social system is dominated by monetary values; financial crises, unemployment, profits, are central concerns. Government, once a stalwart of resistance to (not just regulator of) the market, has internalised market dynamics into all its operations. In capitalism, an elite decide what, how and — by implication for whom — production takes place. Money, on which their power is based, rules.

In short, while artistic processes of production and output highlight the absurdity of production for trade, ruled by prices and profits, revolution (not simply reform) is needed for artistic activity to be doable and accessible. Yet, some performing artists and performance art organisations insist on re-imagining themselves and their activities to fit into a market rationale even as others actively resist the rule of capital.

The same disjuncture fractures the politics of environmental and social campaigners, campaigns and campaigning organisations. Indeed, this tension has riven the entire history of capitalism across various industries, sectors and cultures. Resistance and revolution, or adaptation, compromise and reform? Karl Marx has been an influential radical philosopher who imagined a world beyond money, where people were fully human and humane, where being trumped having and sharing was central.

While much revolutionary change in the past united under the banner of socialism, the fatal weaknesses and ultimate collapse of actually existing communist states in the 20th century seems the have left anti-capitalists in disarray. Even recent green, anti-austerity and democratic parties have entered government with high ideals only to disappoint their supporters by behaving according to market rules. This is mainly because many radicals fall into the trap of seeing money as a tool of exchange and not the major socialising technique of capitalist production.

In contrast, non-market socialists argue that socialism must decisively turn its back on the monetary dynamics of capitalism; the only way to assert social and environmental values is to dispense with money as quickly as possible as we work towards a society based on direct democracy producing and exchanging to meet the basic needs of both humans and Earth. Money has replaced grassroots democratic decision-making in planning production, exchange and our futures. We need to take back power over our lives.

Such a non-monetary strategy offers a major platform to unite anti-capitalists within their diversity, clearly differentiating us from capitalist forces and logic, and supporting the liberation and sharing of human abilities, efforts and works. As long as we use money, capitalist logic will force our discourse and lives around monetary, rather than social and environmental efficiencies. Social and environmental values are complex and cannot be reduced to a simple index or measure such as money as prices.

But how would it work? Those of us whose imaginations, not just lives, have been highly monetised often baulk at the idea of a Life Without Money However, the defining characteristics of many anti-capitalist currents — such as the Occupy movement — offer the democratic and materialist bases for replacing the inadequate, inappropriate institutions of the state and the market, and money as the organising principle of our society.

Imagine a global network of collectively sufficient, cell-like communities each responsible for the sustainability of the environments they live off. Each diverse community empowered, relatively autonomous, present, organised horizontally internally, networked in seamless ways locally and globally, caring for the Earth. Collectively satisfying everyone’s basic needs, we would support independence and autonomy, fulfilling our real human potential as active and creative beings. 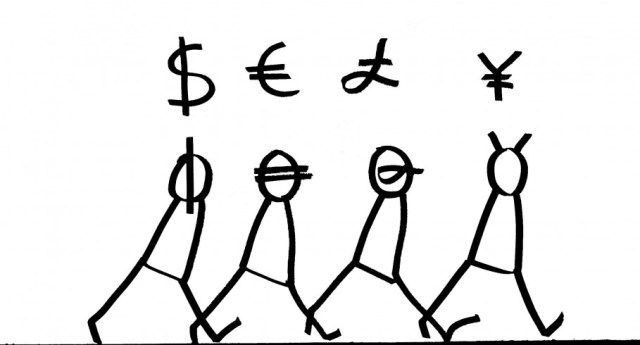 On the Pursuit of What Matters

With this issue in mind, we wanted to take a closer look at the realities of those working with ephemeral time-based processes and products. In a money-driven world, the performing arts are equally subjected to market rules – specifically those of commodification and consumerism – like any other field of practice. And yet, with no tangible object to trade except the experiential moment of the now, should the embodied performative event be a commodity traded like any other?