The idea of a special money issue for the Diary arose last year when, in the midst of the Brandis debacle, it turned out there were so many issues around the money in the

arts that it appeared obvious, after much heated debate and turmoil, that money, after all, was hardly the sole issue.

Brandis’ NPEA was an unheralded attack on the democratic principle of arms-length funding. This is the system which best guarantees that arts funding reflects the vision and direction of a national cultural policy and the place a nation has envisioned for the arts in its society. Last and most importantly, it prevents arts funding from the momentary influence, interference and censorship of passing political parties and the arts from being instrumentalised. 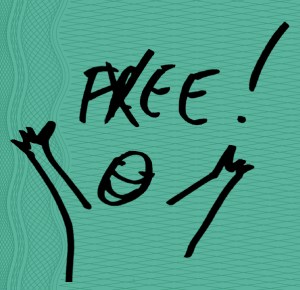 With very few exceptions, the truth is that public funding is failing everywhere in the world in protecting art for art’s sake, ie, affirming its intrinsic value, either by insufficiently believing in the State’s role to do so or by simply favouring a neoliberal laisser-faire vision of

the arts in society. The Brandis crisis was essentially fuelled by the same vision, and by no means did this come as a shock. Art, particularly object-based art forms, has always been exposed, influenced and to varying degrees, ruled by market forces and Australia is no exception.

With this issue in mind, we wanted to take a closer look at the realities of those working with ephemeral time-based processes and products. In a money-driven world, the performing arts are equally subjected to market rules – specifically those of commodification and consumerism – like any other field of practice. And yet, with no tangible object to trade except the experiential moment of the now, should the embodied performative event be a commodity traded like any other? And should it be so, what and who funds performing arts today? What forces enter into its commodity form? What monetary value is placed on the labour of those who produce performance? How does money – public, corporate or philanthropic – affect, prescribe or determine the content of the performative arts, the forms of thinking they embody, their modes of production, the artist’s status in a society, the economies of values and the value of value itself? And where does performance sit on the sliding scale of compliance and resistance?

Pushed by this context, we see artists and arts organisations adeptly re-defining and re-framing themselves as entrepreneurs and marketeers, while others, mostly choreographers and performers, re-think and re-shape alternative modes of experiencing embodied art by resisting the mechanisms of capitalism.

So, what does it take to imagine and invent new temporal and spatial frames where collective generating can be experienced as a site for new intro/retro/pro –spection, as Adrian Heathfield beautifully put it in a recent talk at Dancehouse. What does it take to invent new modes of production, new forces of agency, new forms of practice as “dramaturgical tools for civil society” (see David Pledger’s article)?

This issue suggests some potential avenues. But in these these times of global economic systems and the affect of the material on contemporary culture, we will have to be fierce, uncompromising and relentless active spectators.

In the pursuit of ma

Time flows differently in all things Japanese. In January/February 2019, I was the lucky recipient of a Saison Foundation Fellowship for Arts Managers. This is one of the very few artist-modelled residence opportunities offered to us, arts worker, non-artists. The Saison Foundation founder, Seiji Tsutsumi, owner of the Saison Group, established the foundation with his own funds in 1987. Behind the extraordinary philanthropist was a writer and poet known under the pen name Takashi Tsujii. The vision of the foundation was to reinvigorate the creative soil of Japan by opening it up to international cultural exchange in order to regain international perspective. Soft diplomacy before it became hype. True philanthropists before they became commodified.

IN PRAISE OF IN-BETWEENNESS