I am writing from a Europe still distressed by the attack on the editorial offices of Charlie hebdo, french satirical magazine, by two self-fashioned islamists. The attack resulted in twelve deaths, and a momentary, but astronomical, increase in sales for the magazine, which rose from the usual circulation of about 60 000 to seven million. The ‘Survivors issue’ was published in six languages and distributed in twenty-five countries. The debate has raged about whether Charlie hebdo was an expression of ‘our’ treasured freedom of speech, or a small group of white men making cheap shots at one of Europe’s most disadvantaged religious minorities. By now, it is a question exhausted of all but emotional power, and it has exhausted us all; but tension still reverberates across the continent. Even my landlady believes we are at war.

This is a war in which ‘we’, the West, are supposedly hurling pens at the armed enemy, even though Corey Oakley correctly pointed out (http://redflag.org.au/ article/charlie-hebdo-and-hypocrisy-pencils ) that it was not pens delivered from the West in recent years that left hundreds of thousands dead in Iraq, Afghanistan and Gaza. I am writing from this ‘West’, in which only a few years ago audiences coming out of Queer Festival in Zagreb had to be protected by the police. In the same France that rallied around the cry #jesuischarlie, only in 2011 various far-right groups tried to block the entry to Théâtre de la Ville to prevent access to performances of Romeo Castellucci’s ‘On the concept of Face, regarding the Son of God’, because they deemed it blasphemous. I am writing from the ‘West’ in which the common understanding of our treasured public sphere as a place of passionate political confrontation: coffee houses of London, May ‘68, et cetera. Has the tradition been significantly altered when political opponents no longer exchange punches in a cafe, but occupy theatre stages, or shoot? ‘Why hasn’t the French royal family condemned the terror?’, rhetorically asked British artist Momus (http://mrstsk.tumblr.com/post/107583346328 ), reminding us that the motif of the downtrodden citizen, rising up in arms, has its place in French history. 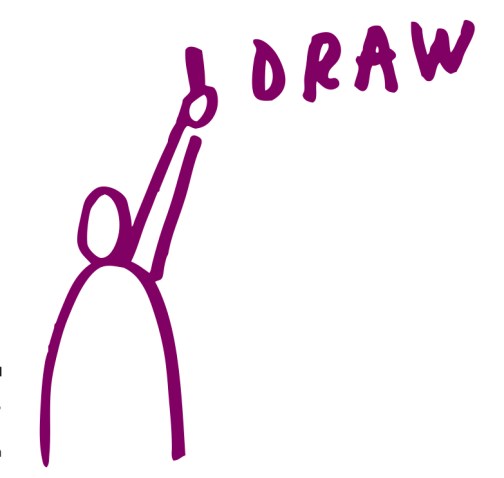 Public sphere as understood by the ‘West’ indispensably includes art, with its perceived power to mobilise bodies in waves of confrontation. What followed the Charlie Hebdo massacre was marches, spontaneous and less spontaneous protests, fuelled by new satirical cartoons. National and European institutions across Europe held a minute of silence – yet another kind of collective performance, bodies huddled together in quiet resistance. Khalid Amine noted that a similar shifting of the territory of combat took place in the Middle East in 2011: the image of the immolated street vendor first multiplied online, published through Facebook groups and websites, and yet: “if all Arabs sat by their keyboards there would have been no Arab Spring.”

What is the ethical clout of art in these extreme situations?

Standard art criticism is not very helpful in elucidating this interaction between paper and place, between representation and presence, between a single work of art and a roaring mass of bodies, because it is beholden to literature – in particular, a nineteenth-century concept of literature as a solitary, individual activity.

Matthew Arnold could understand the ethical role of art only as an imprint of the whispering author’s voice on the soul of the sole reader, instilling empathetic identification with characters in a story.

Apart from the most classical nineteenth-century forms, this approach does not elucidate either the political or the ethical aspects of performance. Theatre is the most public of art forms because theatre is first and foremosta space, and the empathetic connection between the work and the audience is primarily physical, borne out of co-presence. Performance and dance, like a rally, mobilise bodies.

It is only when confronted with dance, long divorced from the requirements of representation and storytelling, that we can truly contemplate how negligible the distance is between the ‘West’ and our supposed enemies. The Western tradition of art ethics has little to say about dance that is not profoundly immersed in Christian asceticism: lascivious pleasure of touch between strangers, eliciting lustful thoughts, a mechanism of wooing and sex stimuli, ad nauseam. Even Cicero: “No man who is sober dances, unless he is out of his mind, either when alone or in any decent society, for dancing is the companion of wanton conviviality, dissoluteness, and luxury.”

Our thought has not developed much further since the Inquisition. Even if we do not go to the lengths of the Saudi morality police, imprisoning wedding parties for dancing, the ‘West’ is yet to develop a positive ethics of dance. From dance movement therapy to Ohad Naharin’s gaga, therapeutic properties of dance tend to be explained with the borrowed vocabulary of yoga and meditation.

In April 2012, a neo-Christian organisation ‘In the Name of the Family’ tried to ban the closing party of Queer Festival Zagreb, citing its promotional material as hateful (the poster and title satirised the organisation, and its recent campaign to ban gay marriage). It is interesting here that the perceived offense of the printed page was used to attack not the performance festival itself, but its official party – as if, perhaps, this sociable mobilisation of bodies on the dance floor presented a far greater threat than the mobilisation of bodies in the somewhat inaccessible queer art in the program. ‘In the Name of the Family’ thus joined the loosely organised alliance for the censorship of queer bodies in Croatia, which had, in the past, attacked pride parades, post-parade parties, queer couples on the street, the gay marriage, and yet only occasionally an art performance. The blasphemy (because the argument was always for traditional Christian values) was not perceived in art, but it was perceived in the everyday, non-representational display of queer bodies – or, rather, bodies displaying their erotic and emotional queerness in public space, as if they were leaving sticky, contagious traces behind. The argument used was logo-centric (hate speech on posters), but the actual target were real bodies in real space. Perhaps the neo-Christians felt sufficiently infected with sex stimuli, without even coming to dance.

My students note (correctly) that it is usually less dangerous to stage an outrageously offensive drag performance, than to walk home afterwards in the same clothes, and this points to the simple truth about the political effectiveness of performance: as soon as we frame an event as art, it loses some of its destabilising power. None of this is to say that representation is unimportant – both to the gay kid in Zagreb seeing an image of herself on stage, and to the attackers of the Charlie Hebdo offices. However, if we neglect the physical, embodied dimension of the encounter with the representation, we are missing out on the most important aesthetic dimension of live performance. The LGBT activists kissing in front of the pope, a million people lighting candles in Paris, a dance floor full of gays in a country seeped in homophobia, Charlie Hebdo cartoons in twenty-five countries instead of one, or a single man self-immolating on a square in Tunisia – these are not simply images, but events in which the bystander is infected, implicated, not left untouched by the currents of energy, and perhaps empathy.

Susan Sontag notes, in ‘Regarding the Pain of Others’, that photography, through reproduction and ever- increasing distance from source, decontextualises and disembodies, renders life abstract, and by doing so renders us ever more numb in front of knowledge of other people’s suffering. Abstraction, a sin shared by all mass media, is a sin unavailable to performance: by definition, live performance is always only bringing us closer to other people. In a world saturated with mediatised image, a world in which suffering can be switched off with a button, there is, I honestly believe, something immensely healing about live performance, with its stubborn resistance on real bodies in real proximity to real bodies. When Jerome Bel has disabled performers talk about the fears of their parents that they are being objectified on stage, this is no longer a purely intellectual question. When Bryonny Kimmings brings her niece on stage to talk about the sexualisation of children, her grief and anger affect us physically.

Instead of insisting on the masculine, disembodied notion of ‘public sphere’ as a political space in which we cultivate rationality as the highest expression of our ‘Western’ value, perhaps we should embrace the concept of ‘affective public sphere’, a space of emotional exchange in which we ought to make room for grief, anger, sadness, love.

I studiously avoided all rituals of collective defiance in the aftermath of Charlie Hebdo – protests, gatherings, minutes of silence – as they seemed to flatten the emotional complexity of the moment into an untrue, post-rationalised simplification that would lead to scapegoating, divisiveness, and further violence. Nataša Govedić notes that, if being silent about feelings is the norm, talking about feelings has to be, by definition, queer. In the emotionally repressed, somewhat macho Australia of 2014, the most revolutionary work I saw was Sarah Aiken and Rebecca Jensen’s Overworld, a freeform, participatory fantasia that immerses the audience in a lush cocktail of physical sensations, guided dance, imposed dress-ups and tenderness. It is a girly, playful, emotionally rich work, and it does more than simply put these values on display – it breaks our protective walls to immerse us in sensory exploration, affection, lightness, a feeling of safety. It is of no surprise that Aiken and Jensen’s Overworld draws inspiration from a variety of sources totally foreign to the tradition of Western enlightenment, and routinely trivialised: kundalini yoga, witchery workshops, pagan rituals. In the ‘West’, we do not value deregulated states of affective exploration, curiosity and connection with others, not more than the Saudi police. And this may be precisely the state to remember to cultivate when we are called on to be righteous, to be angry and to retaliate.

What the ‘West’ needs is an ethics of touch.

Choreography and performance carry the potential to imagine new relationships and ways of being human. Material, ideas and sites, the elements of a work, are merely the sum of its parts. The ‘work’ (as noun and verb), is that unnamable effect it has on us, with potential to morally and ethically challenge.

The Ethics of Criticism

The ethics of criticism are complicated by the notoriously fraught relationship between artists and critics. I believe this stems from the mortality of our work. We, the artists, spend weeks, months or years creating something, crafting it as carefully as we know how. We offer it to the audience and we are proud. Then a critic comes in. They spend an hour with our work and become the authority.

While they may never get a gig on the main stage, there’s no doubt that in the arts, our public servants and politicians have become adept practitioners of a certain type of theatre of power.